Looking for a citrisy flavored summer cocktail that’s yummy and super easy to make? Our Fat Frog cocktail recipe is one of the easiest drinks you could ever serve to your guests, yet it tastes like you went to mixology school.

Now you can either add all 3 bottles together in a pitcher, which is what I prefer, or add ice in 3 separate glasses and then add a third of each bottle to each glass.

Or just make it for yourself, but you’ll need to drink at least three of these as once you open the bottles needed for this recipe, you really don’t want to put them back in the fridge.

Since you’re using Smirnoff which has a nice lemon lime flavor, you can garnish with a lime, but I think it over powers the other drink flavors. As an alternative, I usually garnish with an orange slice rather than a lime. That way you can eat the range as you drink your cocktail, and get a vitamin C boost! 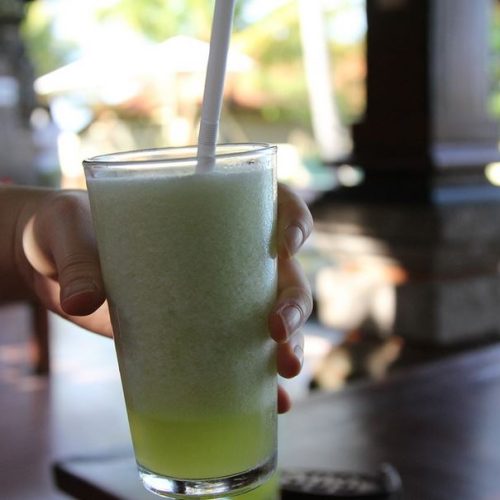 The owner of this website, 31stPub.com, is a participant in the Amazon Services LLC Associates Program, an affiliate advertising program designed to provide a means for sites to earn advertising fees by advertising and linking 31stPub.com's Reviews to Amazon properties including, but not limited to, amazon.com, endless.com, myhabit.com, smallparts.com, or amazonwireless.com.